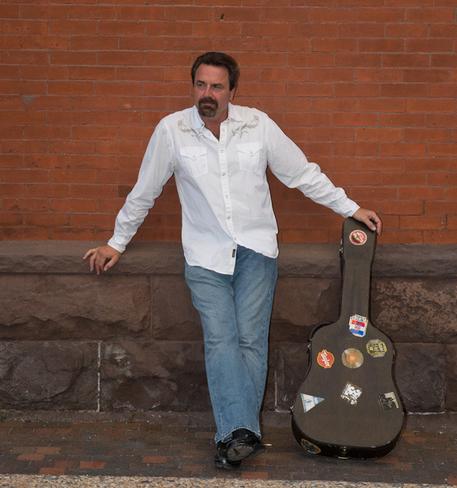 A strong and versatile voice.A couple of Taylor acoustic guitars. And a crowd-pleasing repertoire that spans the musical genres of rock, folk, country, soul and the blues. It’s an entertaining combination that has kept Greg Grasa in constant demand at taverns, restaurants, festivals, civic functions and private engagements throughout central Pennsylvania for 25 years.

Through more than two decades on stage, week in and week out, Greg has never lost his passion for playing and singing the music he loves. Whether it’s a gig at a local bar for a handful of patrons, or for a festival crowd of hundreds, he delivers the same energized show that engages the audience and has them singin’ along to an eclectic blend of familiar covers from the ‘60s, ‘70s, ‘80s and ‘90s, as well as some Grasa originals.

Armed with only his trusty Taylors, Greg focuses on the singer-songwriter tradition of Dylan, Prine, Buffett, Springsteen, James Taylor and others. But he manages to sprinkle in doses of his soul/blues/R&B heroes like Muddy Waters, Ray Charles, Otis Redding, Van Morrison and Sam Cooke. And he has a special place in his heart for country outlaws like Willie, Waylon, Cash, and Kristofferson.

Greg’s strength is his versatility. In any given set, he’ll sweetly sing a soft ballad, put the twang on a country classic, growl the blues, groove with some soul, or fire up the crowd with a rowdy sing-along.

Thanks for taking the time to check out Greg's web site, where you can see and hear a bit of what he does, find out where he’s playing next, and contact Greg to book him for your venue or event.
View on Mobile